React vs Vue: In the Web Development Industry | Cool Homepages 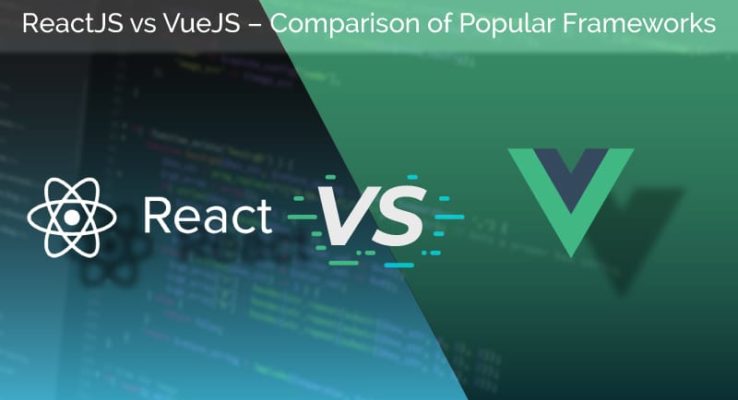 Essentially a JavaScript library for building declarative user interfaces that are component-based. With React, it eases the burden on creating interactive user interfaces. React will declaratively and efficiently update and render the right components when your data changes. Reacts’ declarative views make your applications code more predictable and much easier to debug. Reacts’ component logic is written in JavaScript instead of templates, you can build encapsulated components that manage their own state, you can easily create complex UIs.

React utilizes HTML documents through the so-called virtual DOM and uses a declarative style of coding. Its component-based approach gives more speed and flexibility when creating complex user interfaces or applications. Vue is a lean framework that improves on concepts found in Angular and React. Vue is a progressive framework which means an existing project can be migrated to Vue one feature at a time. Vue scales between 18-21KB and it takes no time for the developer to download and use it. Vue’s size does not mean it has a low speed. Instead, it beats all the bulky frameworks like React. Vue gains popularity in the respect that it is quite easy to understand. Vue can be easily added to a web project because of its simple structure.

React is the most popular front-end library, there are more experienced engineers available for hire. In 2018’s front-end tools survey, more than 40% of developers can use React at a comfortable level, where Vue landed only 17%. Vue has an even higher shortage, although it has gained traction only a few years ago, Vue tops the list of technologies programmers would like to learn in 2018. React and Vue made increasing gains in 2019’s front-end tools survey. React was considered the most essential tool for the first time, knocking jQuery off the top spot with 28.47% of respondents replying as such. For 2020’s front-end tools survey the results haven’t been posted as of yet, but it should closely represent 2019’s results as React and Vue are always increasing in popularity and the developer skills in the industry are being easily learned and used in some of today’s most popular web platforms. 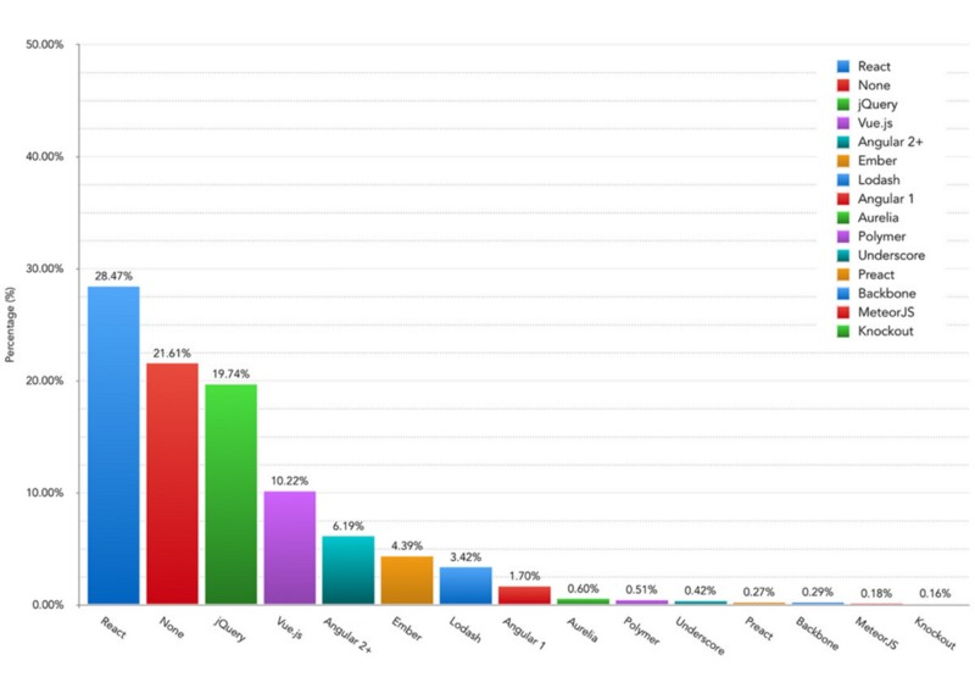 Cool Homepages can help you find new inspiration for projects or help when you’re in a design rut. A variety of content is available for your viewing as well as the opportunity to submit your site, file, or blog post to be posted on our website. For more information, email us at cool@coolhomepages.com.